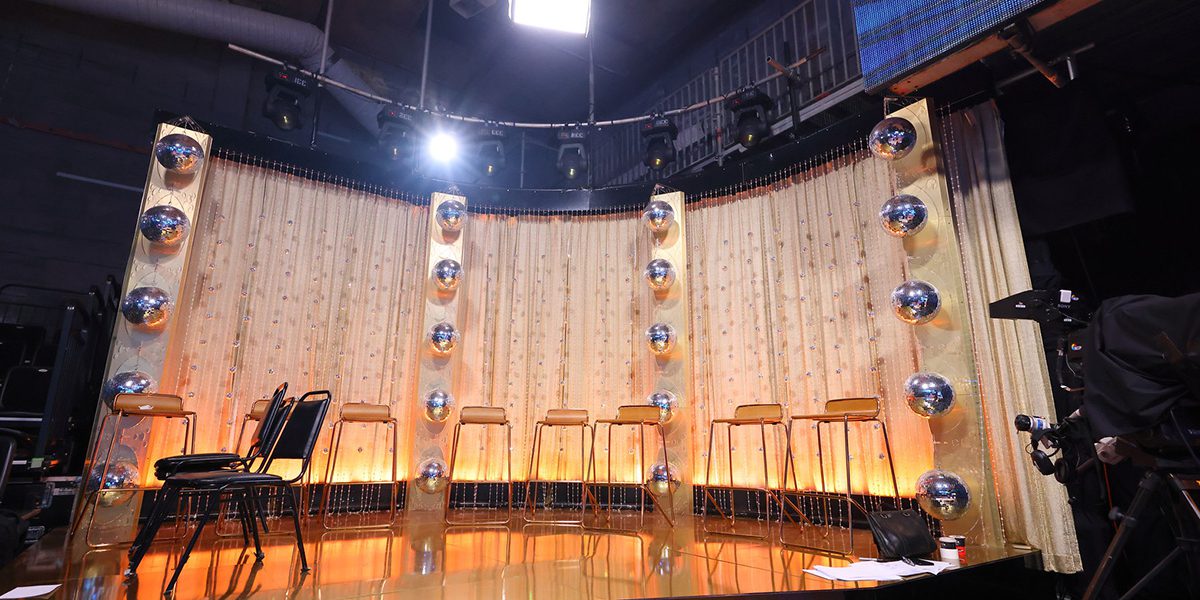 The ninth series of New Zealand’s Dancing with the Stars premiered on 24 April 2022 and this year the production team benefited from the addition of twelve Prolights EclPanel TWC compact LED soft lights.

The fixtures were purchased by Big Picture NZ along with a range of accessories such as crates to aid in controlling the light.

“The big difference with the show’s lighting this year is that we have switched all the white light to daylight replacing all the specials with LED and all the Fresnels with soft lights,” commented Simon Garrett, Head of Broadcast Lighting at Big Picture NZ. “I find it delivers a cleaner look with the native temperature of the LED screen and set lighting and of course all the movers are daylight too. It means we spend less time correcting but can warm any light up if required.”

Simon noted that they get ‘tons of light’ out of their EclPanels and that they’re very easy to use.

“They’re a great workhorse and I’d like more!” he declared. “They’re compact and economical with a broad flat spread so rigged in pairs they supply an even wash across a studio stepping upstage. I only used a single soft centrally for the entire upstage and stairs. We generally lit the studio for big group dances with only nine panels. The colour temperature control is fast and accurate. Colour and effects easy to use, wireless control is good and they case well.”

Simon particularly noted that in practice the EclPanels delivered good results at steeper angles than your typical broadcast angles of 30 degrees which is handy in a venue.

“They can be rigged more overhead and used at steeper angles because they’re such a large source and so wide, you get a decent broadcast filled facial look,” he added. “For a virtual event in a normal size theatre, you’d use seven to nine EclPanels to cover the entire stage with maybe a few framing spots to give a bit of edge on talent and that does it. They’ve definitely increased our setup efficiency.”

For this project, Simon said they needed to crate the EclPanels with the Prolights 8 chamber egg crate. He also purchased some soft boxes plus 30 degree and 60 degree egg crates.

“The 60 degree DOP choice egg crates are my favourite, they fold down well for transport and give you a decent bit of control with flare and spill without losing too much light,” he said.

Simon was impressed by the service he received from Show Technology saying that delivery was bang on the money.

“Nick worked with us and managed to get the fixtures in a big hurry in time for APEC late last year in lockdown,” he remarked. “He only had three weeks of notice but got the job done!”