Studio Due AchiLED 200 in the Spotlight 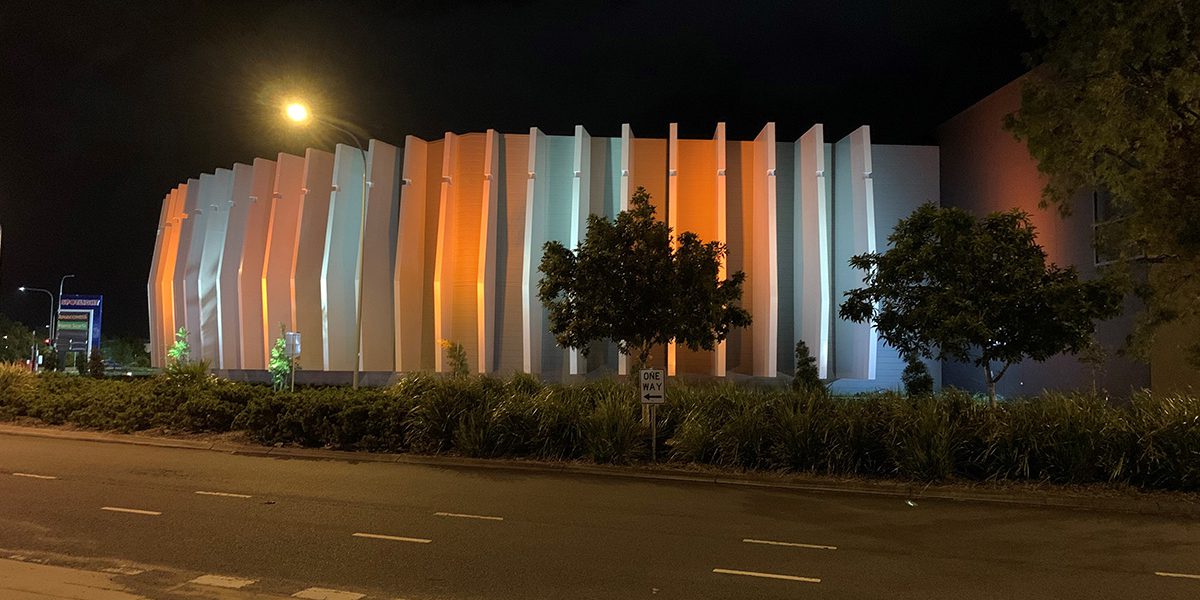 The Spotlight Group recently opened a mixed-use site on the Sunshine Coast featuring the largest Spotlight store in the world. The privately-owned Melbourne-based company opened the 6000sqm Spotlight in Maroochydore alongside two other of their brands – Anaconda and Harris Scarfe.

VAST-Vision and Sound Technology were approached to illuminate the exterior of the store with a programmable lighting system.

“The facade is a light-coloured concrete exterior ideal for illuminating,” commented Cam Gunning from VAST-Vision and Sound Technology.

Cam decided to use Studio Due AchiLED 200 fixtures as they are compact (only 100mm depth), elegant, highly reliable and robust from a mechanical point of view … plus they also have an IP 67 rating protection.

“There was a couple of main reason we chose the Studio Due AchiLEDs,” Cam revealed. “Firstly, their slim profile means they aren’t obtrusive sitting in the ground and secondly, they have excellent light output. Additionally, they are a great value for money light.”

Eighteen Studio Due AchiLED fixtures, with six-metre spacing between them, are located four metres back from the projection surface.

“What enabled us to get a nice even coverage was the ability to locate the fixtures away from the wall that meant we didn’t simply ‘graze’ the surface,” added Cam.

The client’s brief was that they wanted the corporate colours of their three stores to be presented in situ across the building and those colours had to be custom created.

“We had to custom create colours that were correct for the tenants in the building,” added Cam. “For example, the orange and white colours are so close to the Anaconda colours we were extremely pleased with how well it came up. We were also asked to create several colours associated with significant calendar dates such as Christmas and St Patrick’s Day as well as seasonal theming.”

The lighting is run on an Astronomical Time Clock with the fixtures powered on and off by the contractors. The programming device runs on an uninterruptable power supply, running ten hours a night seven nights a week.

“I’ve enjoyed working with Show Technology on this project, the support is always amazing,” commented Cam. “Showtech now has such a great portfolio for architectural projects I can use them exclusively which is frigging fantastic!