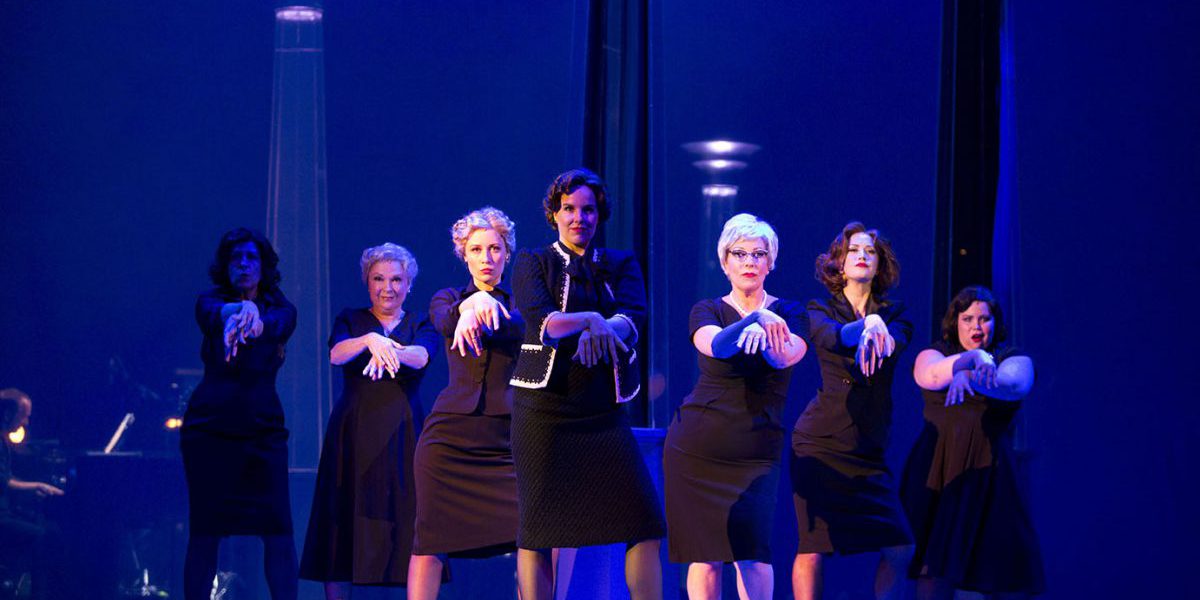 Claypaky’s extremely high quality Scenius Profile is a light for all shows; not just as an effects projector, but also as a key light. This greatly simplifies the lighting system layout since the same light can perform multiple tasks. At last there is a moving light with a discharge lamp whose characteristics also arouse interest in those who work in the theatre and television!

“The Scenius Profile is another in a long line of superior fixtures from Claypaky,” commented Tony Davies, managing director of CTS. “It has an incredible array of features and functions making it ideal for designers looking for additional beam control and shaping, particularly theatre designers. However, the Scenius Profile will also benefit any production that needs high-quality front or scenic lighting.”

Tony was particularly impressed by the Scenius Profile’s extremely even and flat field, saying there was a very smooth field all along the entire zoom range and the quality of the light is by far better than competitors with its CRI of above ninety. Owning such a large and busy production company, he also liked the modular nature of the Scenius Profile which makes servicing very easy.

“It also offers smooth colour mixing and the zoom is very fast and covers a wide range, from 8º to 50º,” he added. “And of course, it’s very, very bright!”

The lamp is a unique example of a high power discharge lamp with high CRI (always greater than 90). OSRAM achieved this through substantial R&D investments.

Twelve of CTS’s Clay Paky Scenius went straight out onto the critically acclaimed, smash hit and Helpmann-Award winning musical Ladies in Black. Produced by Queensland Theatre, this swanky new home-grown musical is currently playing at the Lyric Theatre as part of the Sydney Festival.

Lighting designer for this stylish story of fashion, friendship and 1950s Australia, is David Walters who did not specify the Clay Paky Scenius but was delighted with their performance.

“I needed a Profile that had shutters, largely because the set consists of three revolves with columns of rotating mirrors and I needed to keep light off of the rotating mirrors to avoid blinding the audience,” said David. “In fact the main feature of this lighting design was not getting light in the audience’s eyes.”

The Scenius Profile was ideal for this as its framing system consists of four independent overlapping blades that create shapes of all sizes, not just quadrangular, but also triangular. It works simultaneously on four different focal planes and the exclusive “curtain effect” allows gradual total closure of the shape using any one of the four blades. The shape made may also be turned around itself up to an angle of 90°, either to change its orientation or keep it fixed as the light beam moves.

David soon discovered that the shutters on the Scenius were extremely useful as each individual shutter has the ability to close completely.

“The individual shutter control was extremely useful as it meant I could virtually dowse the light with a single shutter and yet all four shutters can be in focus,” he added. “I don’t quite know how they achieve that optically, but you can get complete coverage with all four shutters. Not only that, you can also rotate the shutter assemblage almost like you’re rotating the barrel on a Source Four. You can also frame gobos with incredible definition and keep a sharp focused edge when using framing, something very few fixtures can do, and that proved extremely useful.

“The thing that strikes you first when you switch on the Scenius is that they are so bright, there’s a lovely intensity to them which was also extremely useful to me. I also love the lovely, rich colours and colour mixing.”