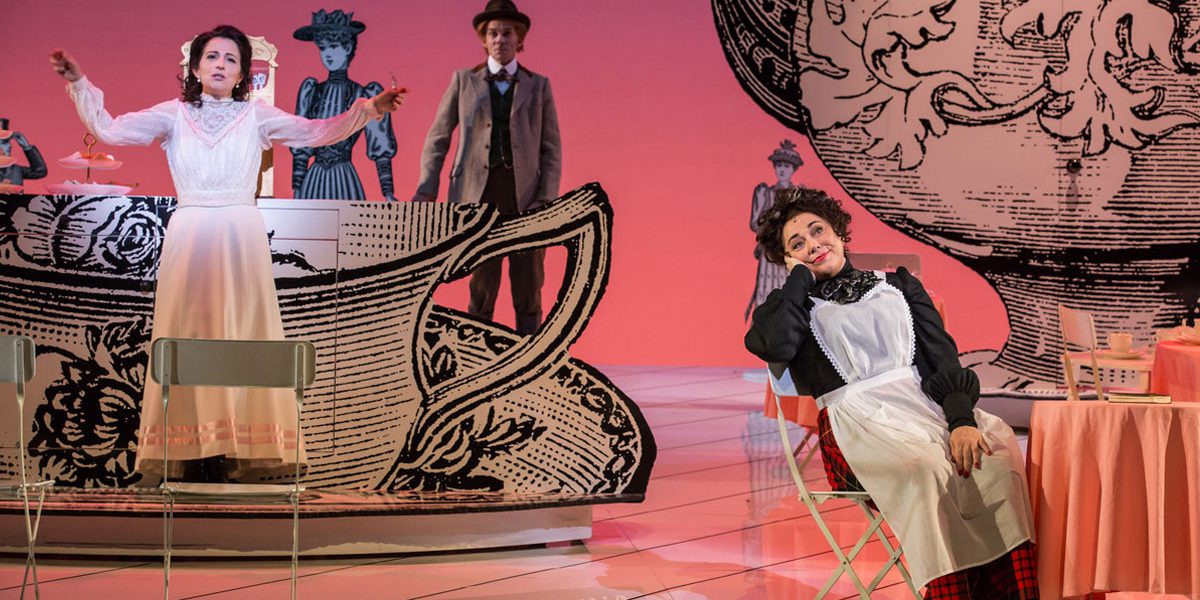 Ian Garrard of Intense Lighting in Sydney caters mainly to the theatre market and he noticed that designers were often requesting the Claypaky Scenius Profile.
“I visited the Show Technology office to have a good test of the Scenius Profile and discovered that it showed a level of sophistication that I couldn’t find with other fixtures I had investigated,” commented Ian. “We bought six as a pilot purchase, seeing as they’re a new product we wanted to test the markets response to them, but I can say we will be looking to purchase additional units soon. As most of the work that we do is in theatre, almost every rider calls for a moving light with shutters.”
The Scenius Profile’s framing system consists of four independent overlapping blades that create shapes of all sizes, not just quadrangular, but also triangular. It works simultaneously on four different focal planes and the exclusive “curtain effect” allows gradual total closure of the shape using any one of the four blades. The shape made may also be turned around itself up to an angle of 90°, either to change its orientation or keep it fixed as the light beam moves.
“Our clients love the four plane focal system, you won’t get any shutter clash like you do with some other fixtures where it will push out another shutter to get that shutter in,” said Ian. “The aperture is so compact, the edge remains consistent in the focus field which is a really nice feature.”
As soon as Ian took delivery of his Scenius Profiles, a couple went to Sport for Jove Theatre Company where they were used side by side with a couple of Claypaky Alpha 1500 fixtures.
“They loved the Scenius Profiles,” said Ian. “We fitted a custom glass gobo for them which was hassle free. The lighting designer Daniel Barber had nothing but good things to say about them.”
Ian was impressed by the stock gobos that come with the Scenius Profile, which he describes as texture heavy and thus very good for theatre.
“One thing I’ve found with a lot of moving heads in this range is that they try to please everyone in the lighting market,” he remarked. “So you’d get a couple of good texture gobos and then some aimed at the nightclub market, fan break ups etc that are not so critical in theatre.”
Ian reports that he has received a lot of positive feedback on the linear frost and CPI wheel, saying there’s good controllability of the linear frost – something lacking in past fixtures that have attempted this.
“The modular setup of the Scenius Profile makes it easy to service,” added Ian. “The major forefront of technology I found with it is that it utilizes turbine fans, which I havent seen in any other moving head. I believe they have good longevity and they also run a push/pull cooling system across the lamp which is quite nice.
“Their brightness is second to none. We used them on a show at the City Recital Hall with one situated in the bio box acting as a follow spot in parts. It was a 30 metre throw and it was very punchy. The colour system is smooth and variable, you get a nice range of pastels. When you pair such a quality product with the support you get from Show Technology, you can’t go wrong.”
All six of Ian’s Scenius are currently on Opera Queensland’s production of Gilbert & Sullivan’s Ruddigore, or the Witch’s Curse with lighting design by Andrew Meadows
Claypaky’s extremely high quality Scenius Profile is a light for all shows; not just as an effects projector, but also as a key light. This greatly simplifies the lighting system layout since the same light can perform multiple tasks. At last there is a moving light with a discharge lamp whose characteristics also arouse interest in those who work in the theatre and television!
Photo: Stephen Henry