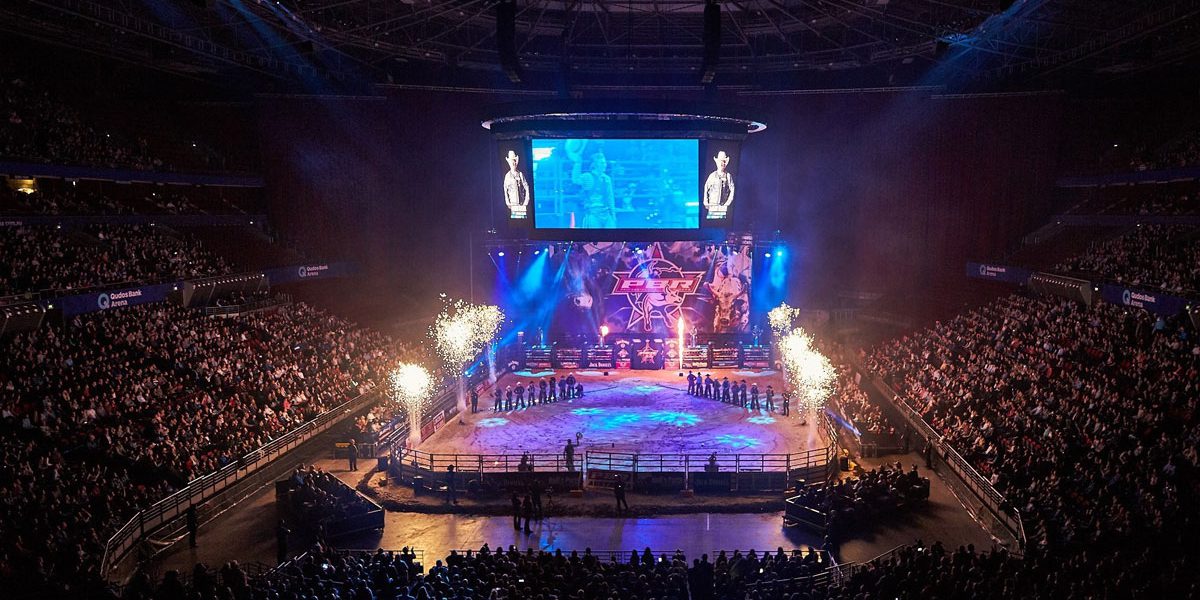 The PBR Australia National Finals were recently held at Qudos Bank Arena and for the first time in World PBR history, the event was fully lit under production lighting instead of arena venue lights.
Micheal ‘Simmo’ Simpson admits it was a major gamble but he was confident he could make it work once he had seen the Ayrton WILDSUN™K25.
“I was dead set on making it work and it paid off, thanks to the WILDSUN™K25 units Chameleon Touring Systems recently purchased,” commented Simmo.
The WILDSUN™K25 is a new-generation moving head luminaire; the result of collaboration with cinematographers and operators specialized in the video production of major sporting events. The WILDSUN™K25 is the only LED luminaire capable of measuring up to the classic Fresnel HMI 4,000 and 6,000 lights in terms of pure output.
“I wanted to take the event from a sporting show to an arena show, and vica versa, all under my control,” said Simmo. “Using the WILDSUN™K25 units meant that I could go from a theatrical look straight into broadcast quality, quickly and simply. I lit a 30m x 30m arena with just four WILDSUN™K25, in an ideal world six would have been perfect. I added ten Martin Professional MAC Viper AirFX to fill in the grabs – although to be honest, the WILDSUN™K25s didn’t leave many.”
The WILDSUN™K25 offers a high level of illumination at an even range. It is the perfect lighting solution for large venues, such as permanent or temporary arenas and stadiums dedicated to sports or other major events.
The rest of Simmo’s rig consisted of MAC Viper Profile, MAC Quantum Wash, Claypaky Sharpy Wash and Sharpy Profiles.