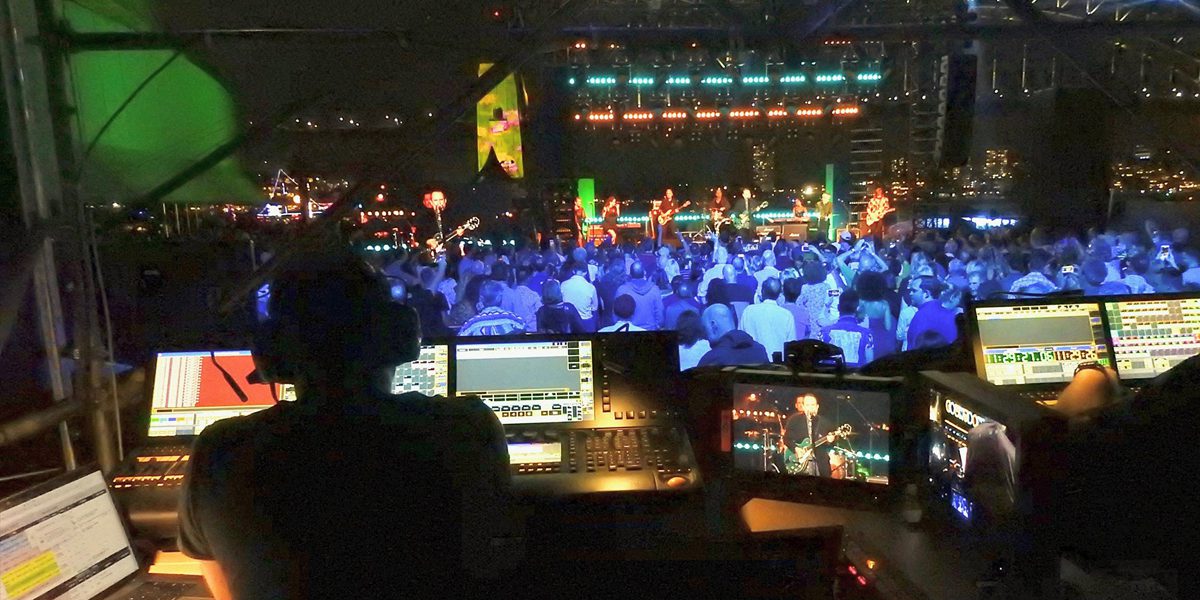 The most famous NYE event in the world that is beamed to millions of people worldwide relied on MA Lighting International consoles for control. The Sydney Harbour Bridge utilized three grandMA2 for the 180 lights installed for this prestigious event, whilst Dawes Point used one grandMA2. 3,000 individual lighting effects were choreographed to the fireworks displays and music soundtrack – 1,000 more effects than last year. Lighting Designer for the NYE event was Ziggy Ziegler.
The highly lauded Countdown concert, designed by Hugh Taranto for the ABC, was held on the Sydney Opera House forecourt utilizing two grandMA2.(A grandmMA2 full size and a grandMA2 lite backup). Matt Tunchon programmed and operated the bridge lighting utilising a grandMA2 full size from the Opera House site and also added some of the bridge lighting as additional back light during the concert. The City of Sydney and the ABC worked together to ensure a fantastic outcome.

“We invited Ziggy and bridge operators to operate bridge lighting in the ABC FOH tower and they also added some fantastic bridge effects for the show,” said Hugh Taranto.

The ABC’s Rob Coterrill lit the two hosting areas and lit the rehearsal vision back at the ABC studios.