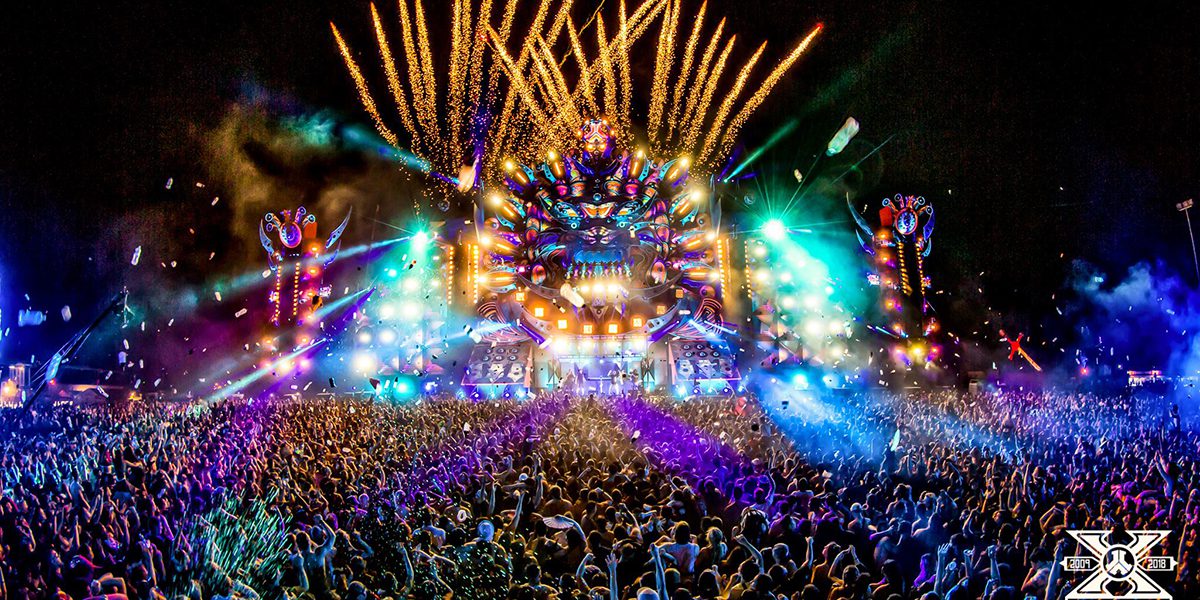 September 2018 marked the 10-year anniversary edition of DEFQON.1 in Australia and as in previous years, the lighting and stages were spectacular. The festival took place at the Sydney International Regatta Centre transforming this breathtaking venue into the ultimate party island.

The incredible mainstage, designed by the organization Q-DANCE, was the focal point of the event with Technical Production by Elite Image Events and Backbone BV. Chameleon Touring Systems supplied the lighting (smoke machines from South West Solutions) with the lighting co-designed by Frans Jansen (lighting production) and Robbert-Jan Vernooij (lighting operator).

The lion-themed stage came from Europe where it had been used on a previous Q-DANCE event, but the lighting design was totally new resulting in a fresh look to the stage.

“We wanted to ensure that we could produce multiple layers of light,” commented Frans. “With a Q-DANCE stage it’s important to ensure that the set is well lit as a structure in itself as we don’t use any video walls and the decoration is a big part of the set design, we achieved this with nearly 200 LED Pars. Over the top of that you want to use show lighting; beams, gobos and colour effects and since we had a live stream we needed to ensure we lit up the crowd as well.”

To achieve the best beam lights possible, Frans opted for 26 x Claypaky Sharpys, three atop each of the eight towers of the stage structure and two for a special on the mirror ball. A dozen Scenius Unicos were located on the field towers from where they could project gobos and colour effect onto the stage. To light up the crowd 24 x Martin MAC Quantum Washes were also positioned on field towers, six per tower.

“Being a dance event we needed to have strobes and we believe that the Martin Atomic LED is one of the best on the market,” added Frans. “The Atomic 3000 has been the best strobe on the market for years and now the LED version is even better, it is a punchy bright flash which replicates the xenon look but it has all the benefits of LED! We specified 35 units for the job. These are on the ten trusses around the lion’s head, in the head itself, in front of the DJ booth and also on the side panels. We also had four Claypaky Mythos 2 either side of the DJ booth.”

ShowPRO Trussmates helped light up the structure from within the face whilst lighting up the stage structure from the bottom were 15 x ShowPRO EX36 wash fixtures, which Frans said gave the extra punch required. A further six ShowPRO EX36 were located within the lion’s mouth along with a couple of Look Solutions Viper smoke machines. The billows of colour changing smoke emanating from the lion’s mouth was very effective.

Forming a frame around the lion’s face were 10 x ShowPRO Sunstrips most with pixel mapped effects running through both fixtures.

Two PROLIGHTS Panorama WBX Wash IP65s were used for the lion’s eyes with Frans commenting that they absolutely loved them.

“They have great output and the effects in this light are awesome,” he said. “They really were amazing and the zoom range is also impressive, if you zoom them down to narrow it stays a really tight beam which we needed. The additional LED ring has full pixel control which means you can create some pretty insane effects and exactly what you need to simulate an eye in a stage like this. We were very, very impressed by them and of course, they are IP rated too which was great as they were located in a spot that was not very convenient to access if it started raining.”

The show was programmed and operated by Robbert-Jan Vernooij on a grandMA2 full-size with a grandMA2 light plus fader wing for back-up. Fibre Optics were run to the two dimmer city locations back stage where a total of three MA NPUs distributed the data.

“Robbert-Jan is an extremely good MA operator and is raising the bar on how to operate these types of shows,” added Frans. “90% of a DEFQON show is busking, although you wouldn’t know it. Only a few moments throughout the day are time coded, as is the end show, but 90% of the show is done on the fly. It’s impressive operating!”

Frans noted that support from Chameleon Touring Systems was amazing in the lead-up, and the crew led by Danyon Mccue were absolutely awesome to work with.

“They’re a young team of energetic technicians who clearly enjoy being part of this event so it’s a great environment to work in,” remarked Frans. “Four lighting techs and I placed all 500+ fixtures in a fun and efficient way – without any loaders, alongside the decoration team and riggers! There were hardly any complaints, it was just ‘let’s get it done and make it beautiful’ which was so professional, it was amazing being a part of that crew.”