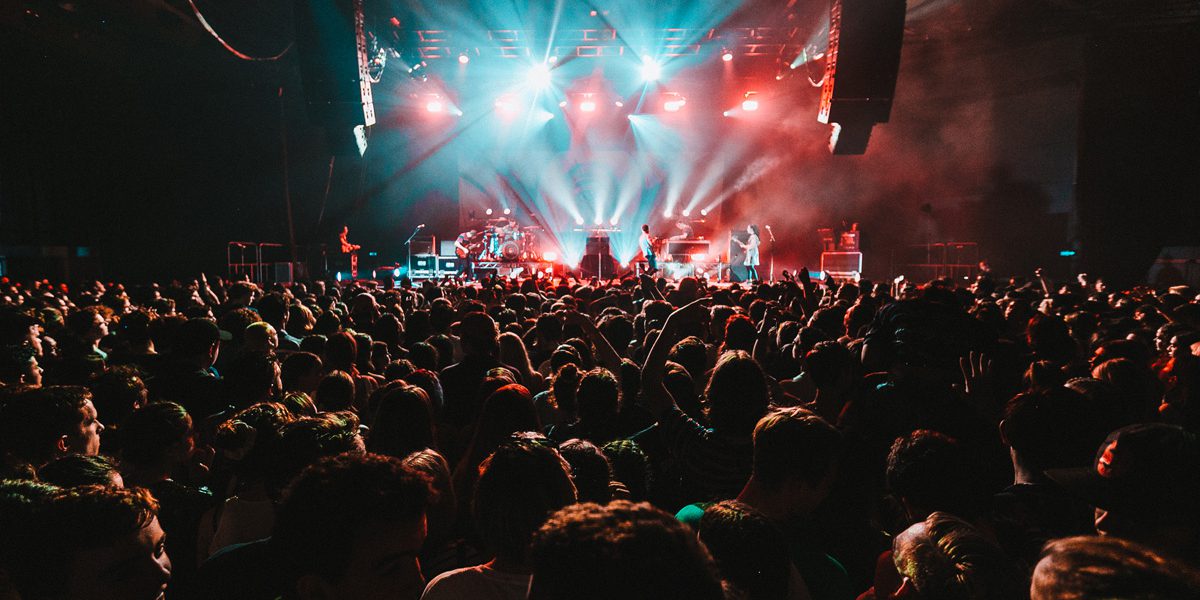 Two of Australia’s most celebrated indie-pop outfits, Ball Park Music and San Cisco, joined forces for a co-headline tour this Spring. It was a unique east meets west affair that saw both bands playing some of the biggest venues of their career – from the Riverstage in Ball Park Music’s hometown, Brisbane, to Melbourne’s Festival Hall, and San Cisco’s local Astor Theatre.

When designing the show, lighting designer Daniel-Joseph Gordon (Gordo) knew there was one fixture he had to have – the Martin MAC Encore Performance WRM particularly for its’ unparalleled, 3000 K warm incandescent emulation.“I first used MAC Encores during Vivid at the Sydney Opera House when I was doing Neil Finn and I was very impressed by them,” said Gordo. “The main reason I chose the MAC Encore Performance WRM for this show is that I like to use a tungsten source out front and it delivers an incredible faux tungsten source.”

Chameleon Touring Systems provided Gordo with five MAC Encore Performance WRM for the tour which he used as profile replacements as having profiles for two different acts would be a pain practicality wise. “They have a perfectly flat field of both dimming and colour,” commented Gordo. “Plus they have precise control over colour temperatures and mixing. They’re also fairly compact in size whilst still packing a punch.” Although the MAC Encore has an advanced colour mixing system that delivers the full palette from smooth and subtle pastels to rich and vibrant saturated colours, Gordy only used colour in one song!

“I’m a bit of a purist when using tungsten from the front and I use it almost constantly,” he explained. “There’s one song with a lot of red and amber strobing so I added some red into the front wash to give a more sinister edge. It looks really good especially when you consider it’s an LED fixture, whereas red with a low CRI it would look really garish and horrible on camera. The lighting rig is nearly all Martin with 23 x MAC Auras, 12 x MAC Viper Profiles and 15 x MAC101. The MAC101s were used solely for Ball Park Music whilst San Cisco had 8 x Sunstrips added to their set.

The show was a dual-headliner with each act performing a full 75 minute set and Gordy used his lighting to differentiate between the bands. “Ball Park Music are a bit more dynamic with saturated purples and reds plus lots of strobes,” explained Gordo. “San Cisco is more organic with pastel colours and lots of gold, a nice tungsten looking light show.” With their silent operation, perfectly flat field of both dimming and colour, small footprint and lightweight, the MAC Encore Performance offers an unparalleled performance by combining cutting-edge cold LED technology with an innovative light engine that generates natural, full-spectrum light and ultra-high colour rendition.