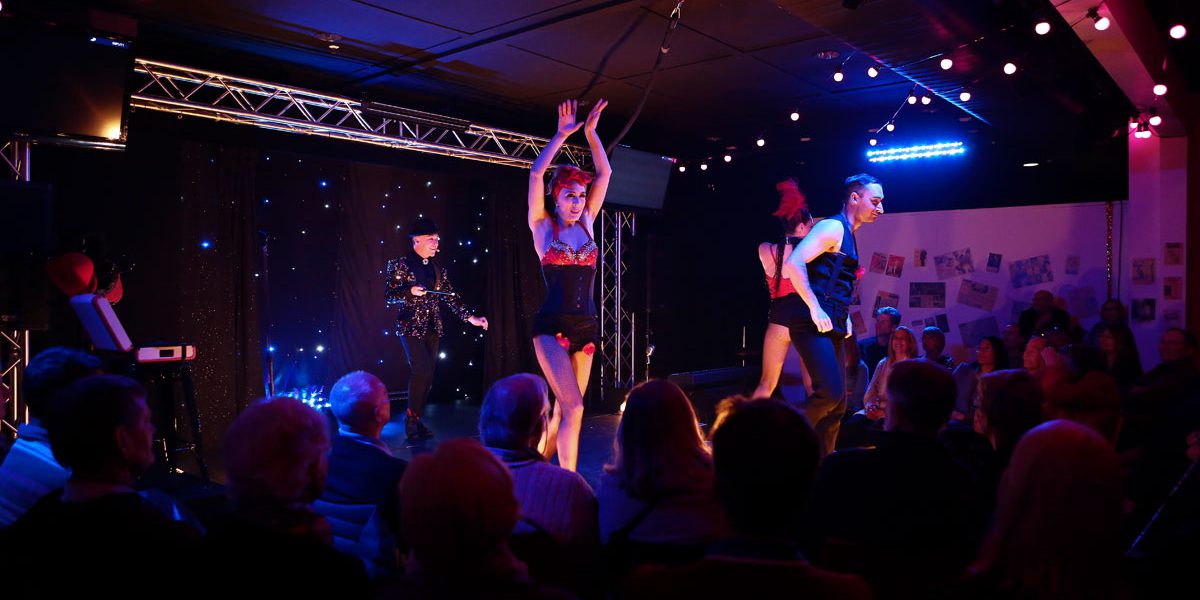 Their old Halogen Cyclorama fixtures were getting old and unreliable so rather than spending money fixing these fixtures, which were also expensive to run, they decided to replace them with new LED versions.

Technical Coordinator Damian Barber and his team looked at all the available fixtures on the market and invited many of the country’s leading lighting suppliers to show their wares. And we’re not talking about a bulk email rather Damian called personally.

“We basically just wanted them to bring in a fixture, turn it on and show us what it can do,” said Damian. “Show Technology were the only distributor to bother, and we’re glad they did because we purchased six of their Robert Juliat Dalis Cyc lights! I had researched the Dalis cyc lights beforehand and thought we couldn’t afford them, but we worked out that we could get away with less units than previously thought due to their incredible output.”

Recently the venue ran a cabaret in their vacant restaurant where Damian used the Dalis to provide a massive flood of light that could illuminate the entire room.

“They were fantastic, the colour spectrum that they can do is just phenomenal,” he said. “I love that they can produce the two angles of light which results in less of a hot spot on the cyc. The warm white chip in it gives the fixture more versatility and of course, the pastels they can do are beautiful. Every dance school that comes in loves the pastel colours.”

However the Dalis went back into the main theatre for dance season and so the theatre purchased six ShowPRO Litebar H9 LED Strips to replace them in the cabaret show, which was extended into dance season due to its popularity.
“The Litebars are great and filled the gap perfectly,” said Damian. “The cabaret is now finished so they’re in our standard rig as a stage flood.”

Eight ShowPRO Fusion Pars were purchased to light the foyer on opening nights as well as for the dance season to use on stage. Two IP-rated Aurora projectors were also added to do promotional work outside of the building by projecting gobos onto the underneath of the overhanging venue roof.

“The Marketing Department helped pay for these as they will be used to display promotional gobos on the building,” added Damian. “In the mean time they have been used onstage for the current cabaret show. The Auroras and Fusion PARs will make a big difference to our opening nights as everything will be funkily lit.”

To add a little something extra to the cabaret show, two of the compact ShowPRO E3 Zoom Wash were added with Damian describing them as fantastic in that environment.

“We had a couple of the standard effects running through them and I can’t wait to delve further into them to see how well I can get them pixel mapping,” Damian said. “Basically they were our house lights for the cabaret and it was nice to be able to use them to change the entire feel of the room.”