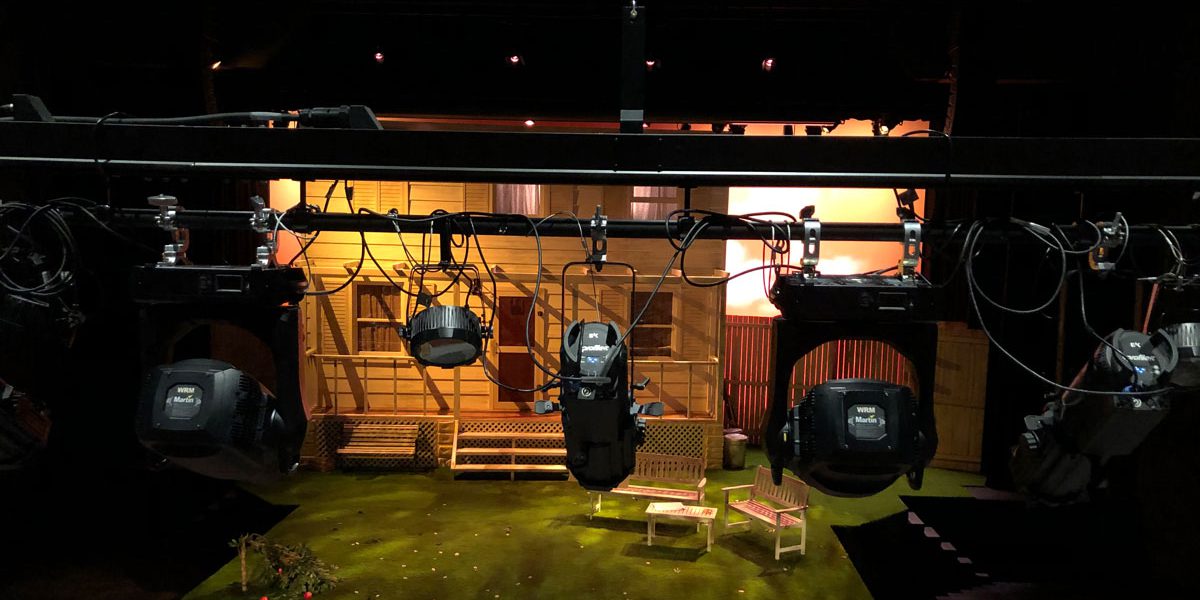 Sydney Grammar School has a reputation for delivering successful theatrical productions which reflect the range of styles and subjects undertaken, from the fun and exuberance of Grease and Peter Pan through to the seriousness and subtlety of Chekhov’s The Cherry Orchard and, most recently, Arthur Miller’s All My Sons.

The school aims to do two or three major productions per year, usually in either the large Alastair Mackerras Theatre or the smaller Palladium Theatre as well as a Rock Concert called GrammarPalooza. Boys from all years are invited to be involved.

The School has an invaluable tech crew, again encompassing boys from all years, who help get the shows on the road while learning a challenging and rewarding skill-set.

This term’s production of All My Sons has an exciting addition for the boys – ten Martin MAC Encores that deliver ultimate light quality whilst also being incredibly silent.

“We purchased six MAC Encore Performance WRM and four MAC Encore Wash WRM,” commented Marc Warry, Productions and Venue Manager at the School. “We had used a couple of the MAC Encores before in a previous production, at the recommendation of the lighting designer, and really liked them. We’ve looked at other lights in the past but we went with the MAC Encores because they basically cover all of our needs.”

Those requirements were for the fixture to be quiet, to be able to work well in a theatre situation and to provide a palette of colours ranging from light and smooth pastel shades to rich, saturated primaries. The fixture also needed to be LED as the School is moving away from incandescent light sources. The MAC Encore, a compact and versatile LED fixture with fast shutter speeds, was the ideal choice.

“For the show we’re currently doing, there’s a wide range of colours and functionalities required,” said Marc. “We’ve found the smooth and flat colour mixing incredible and the visual effects offered are fantastic. We can create delicate, detailed skin tones or a strong blast of vivid colours, sharp optics, and a great beam shape.”

The MAC Encore Performance offers incredible visual effects and unparalleled performance by combining cutting-edge cold LED technology with an innovative light engine that generates natural, full-spectrum light and ultra-high colour rendition. All motorized operations on the Encore Performance are engineered to be quiet, allowing them to be utilized in modern performing arts scenarios where low noise levels are necessary.

“We look forward to exploring features such as the ultra-slow gobo rotation and Animotion FX system for 3-D beam animations,” added Marc.

Another factor that attracted Marc to the MAC Encore Performance is its precision optics system, including an ultra-fast 1:4 zoom, and four framing shutter blades with individual +/- 30° adjustment and entire system rotation of +/- 55° for high-precision cue repeats.