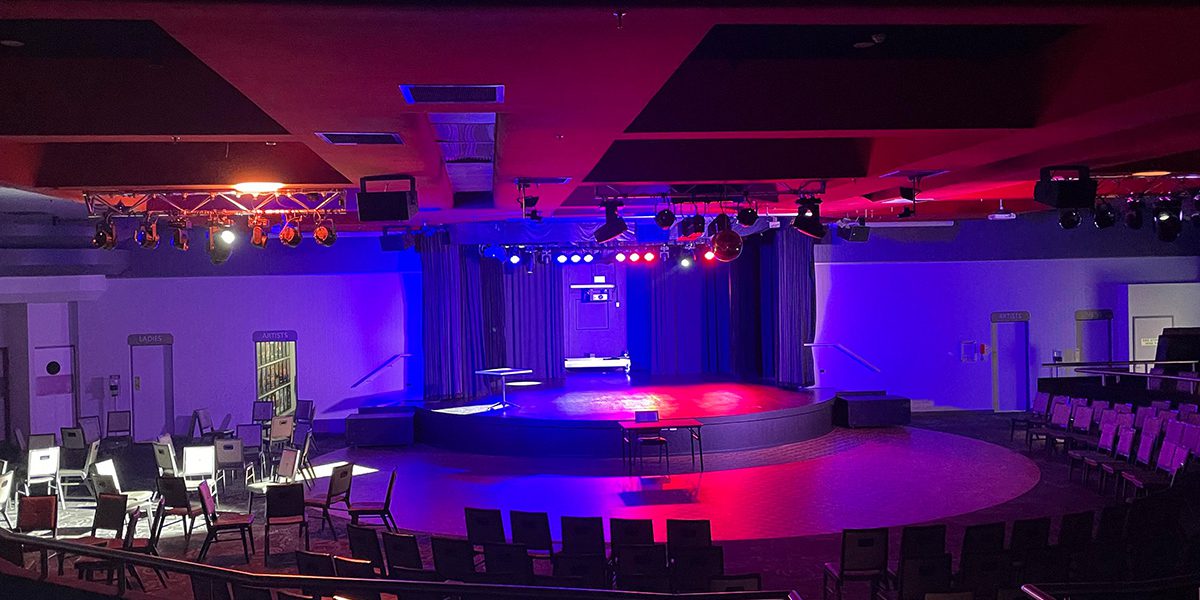 Back in the day, before Covid-19 changed our world, Norths Leagues Club in the leafy Sydney suburb of Cammeray was planning an extensive refurbishment of their main auditorium.

The guys in our Sydney office had worked alongside Sasha Paceskoski, Projects Director of Intellect Projects Group, to ensure the venue had the best lighting system available for their requirements.

The gear was mid-air to Australia when everything shut down. What was supposed to be an eight-week time frame turned into eighteen months!

Fortunately, the club is now enjoying their new and versatile lighting rig which has been very busy with gala dinners, fundraising events, live shows, school formals, product launches, expos and more since they opened up again.

“For the main spotlight, we chose six Ayrton Mistral-S fixtures and they are awesome!” remarked Sasha. “They have great control over them, we’re running everything in 32-bit mode so we’ve got every single possible form of control from the lighting console. They’re a really responsive light too. On top of that, they’re light to handle, have a low power draw, a great 6.7° – 53° zoom ratio, a wide gobo selection and great colours.”

Two Ayrton Mistral-S are located on the stage whilst the remaining four are hung in the auditorium to fire onto the stage. The same goes for the venue’s wash fixtures of six Claypaky Mini-B that Sasha describes as a cool little light.

“I’ve never been one to embrace moving wash lights but after playing with the Claypaky Mini-B I can see the merit in it!” he said. “I programmed in a bunch of different scenes for them and the operators at the venue love them.”

Key to the rig are the twenty ShowPRO LED FusionPAR Q XII, ten onstage and ten over the audience, and Sasha says the guys at Norths absolutely love these nifty fixtures.

“One of their biggest complaints was heat from the previous old Par64s with everyone roasting onstage,” explained Sasha. “Plus they don’t have to worry about gels to get the colour that they want. We’ve used these lights heaps installing them into many venues and people always love them.”

A ShowPRO Tracer 250W LED followspot was provided and Justin has been amazed by its performance saying that for a followspot at that price point, it’s awesome. The Tracer has a zoom range of 10-20° and is ideally suited for small to medium size auditoriums.

For control, Sasha specified an MA Lighting dot2 core, his favourite MA console that he describes as an easy to operate console that also looks good.

“I’m so disappointed that they have discontinued them,” he commented. “They’re just so intuitive to operate and very reliable. In fact, I’ve ordered the last dot2 XLF in the country for an upcoming install.”

Next week will be exciting for the venue as their smoke detectors have finally been upgraded and so their Look Solutions Unique Hazer 2.1 can be used!