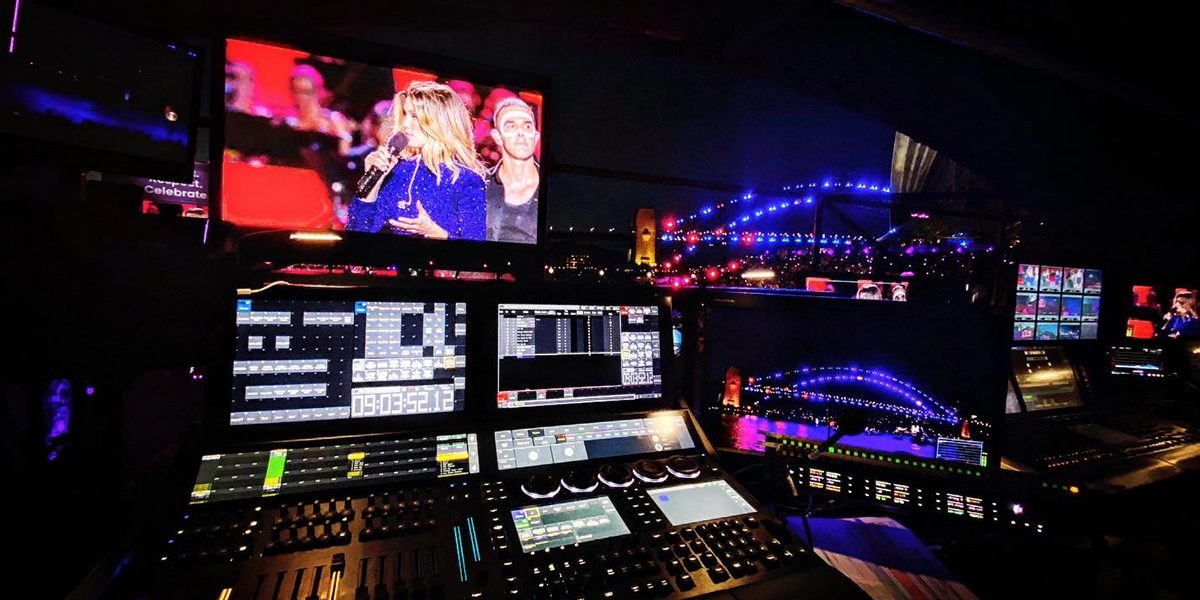 You need to be 100% confident in a piece of software when you use it for the first time on a live to air TV spectacular! This is exactly what Paul Collison did for Sydney’s popular Australia Day Live celebrations when he chose to run the MA Lighting grandMA3 software on an event televised to millions around the country.

“I’ve been very close to the development of the grandMA3 since the first bit of code was written,” he said in an attempt to not sound unhinged! “I feel like we’re at the point in its development where the positive points are certainly outweighing the negative of using grandMA3 up against using grandMA2. Whilst reliability has never been an issue on the grandMA3 platform, feature sets and general UI interaction have been. ”

“Not only is that very cool, but it’s also a huge advantage,” said PC. “Also, the Phasers in grandMA3 are infinitely more powerful than grandMA2’s effects. Given this show was relatively effects-heavy, particularly concerning the lights on the Sydney Harbour Bridge, it seemed like a natural show to migrate to the grandMA3 software and give it a run.”

grandMA3 software version 1.6 improves the daily workflow in the areas of absolute and relative values in presets and sequences, patching fixtures and changing default, highlight or lowlight values. Another innovation favoured by PC is the Swipe Control.

“Being able to scroll through sheets without having to get a mouse or find a scroll bar is brilliant,” he said. “With pinching and zooming you can navigate sheets and views intuitively and quickly. Having extra parametres in grandMA3 is great, you’re basically adding 50% more parametres than GMA2 when you boot up in grandMA3 mode. That means you need less outboard gear to control more lights. The end effect is that I have more money to spend on lights rather than black boxes that nobody sees!”

The LATQ areas were quite spread out over the harbour. Streaming ACN was sent via fibre from the control position on the SOH forecourt to the bridge. A second network streamed the control data through bonded 4G modems to eight yachts and 22 other moving vessels on the harbour.

“This gave us real-time control of all of those lights and has changed how we approach control for Australia Day,” commented PC. “Also through the 4G network, we controlled the lights on the pyro position in the middle of the harbour. This gave us some colour, light and movement, thanks to ShowPRO Colliders and Prolights Panoramas, in the quay which we’d never been able to do before without sending divers out to lay fibre at the bottom of the harbour.”

According to PC, the MA3 software enables you to interact in a more modern manner and you don’t realise how advantageous the new features are until you have to go back to using MA2 software!