What happened in Vegas…LDI Show 2018 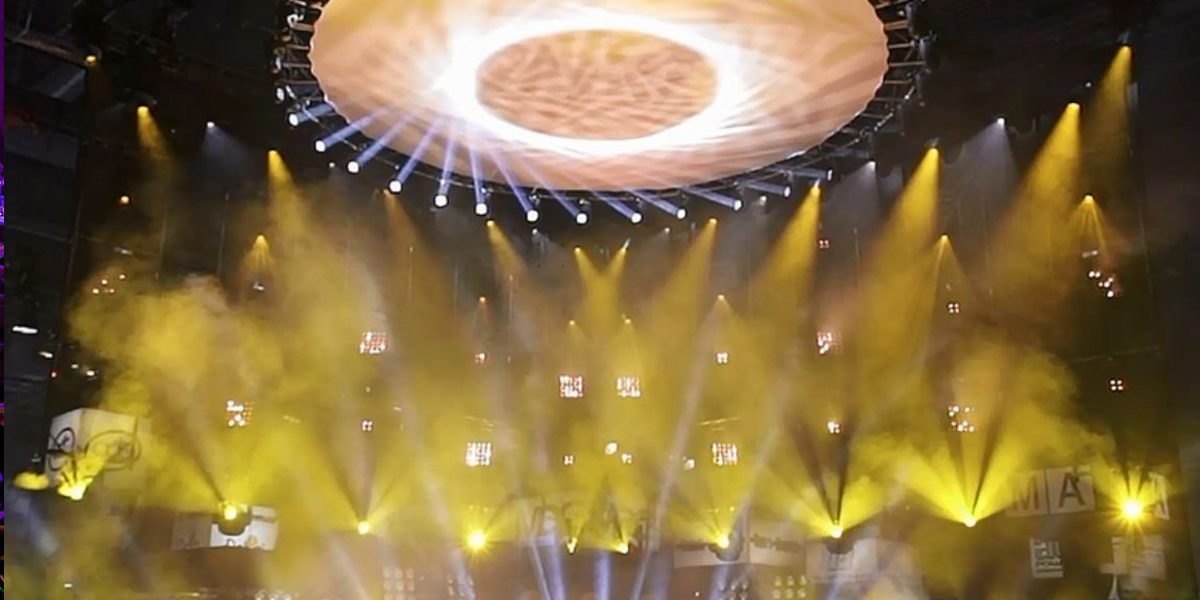 Once again the LDI Show, the mecca for the lighting world, came to Las Vegas and Show Technology were there to check out the latest and greatest products, as well as meet up with loads of amazing people.

Our team, Emmanuel Ziino(EZ), Paul Nicolaou and Mike Gearin had the envied task of pounding the tradeshow floor, wining and dining business partners and even seeing a show or two. Rumour has it that EZ was even seen to bust out some moves with Martin’s Jonas Stenvinkel and Ramesh Jayaraman at the Pitbull concert! Unfortunately we have no video…

Back at the show, there was an extraordinary amount of product reveals with Harman surprising all with the launch of the innovative Martin MAC Allure Profile LED moving head. With a straight forward feature set that is not overloading the programmer with unnecessary parameters to deal with. On top of DMX, Art-Net and sACN, MAC Allure fixtures can be controlled via P3, which allows a rig of multiple fixtures to deliver cohesive content that blends with video content on panels or creative LED products. This product is a winner!

The guys at MA Lighting were rushed off their feet and must have demonstrated the grandMA3 to hundreds of attendees. As it is MA’s first new full range of consoles in nearly ten years, with redesigned system architecture for fixture, feature, and effects-handling, this was no surprise! The grandMA3 was awarded with the Gold Star Product Award for ‘Best Large Scale Light Console’ from PLSN Magazine.

No less than five Claypaky lights made their début on the American market, two of which were exhibited for the first time ever in the world. Plus the Axcor line won the ‘Gold Star Product Award’ at LDI for “Best New Line of LED-Sourced products”. The announcement of the SHARPY PLUS excited many as this is the first 100% hybrid unit capable of being both a perfect beam moving light and a perfect spotlight. The Axcor Spot 400, a compact, bright, moving LED spotlight, complete with all the devices needed for exceptional visual effect projections, enters the medium power market.

There was certainly a buzz on the floor about Ayrton who not only had an award-winning booth, they also previewed the new Diablo™S, Diablo™TC, Merak™S and Merak™TC automated fixtures. The recently launched Bora™S and Khamsin™S fixtures also garnered a lot of attention. Nothing seems to stop these innovative Frenchmen!

A highlight of the AV Stumpfl booth were the multi award-winning projection screen systems and the highly innovative T-32 Shift screen leg system. This new projection screen leg makes it possible for just one person to easily adjust a mobile projection screen’s height, without having to disassemble it first. We’re so glad to have them onboard. We also got to see the new PIXERA one media server which boasts a compact 1U server model, that can play back uncompressed 4K at 60fps. With a depth of only 45cm, the PIXERA one is perfect for installation environments which we think will do very well.

As well as showing the Oz and Alice followspots, Robert Juliat presented the Dalis Access 863 cyclight designed to give those with smaller budgets the first access to Dalis technology. This is a product with great appeal to our market.
We also enjoyed catching up with the lovely Shelly and Niclas from Wireless DMX, Jason from EK Lights, Claus from Robert Juliat, Fabio from AV Stumpfl and also Jeroen from Music & Lights who took the opportunity to announce their new IP Rated moving head, the Panorama SPOT, a fantastic addition to their Panorama IP range!

All in all we can say that what happened in Vegas was…exceptional this year!