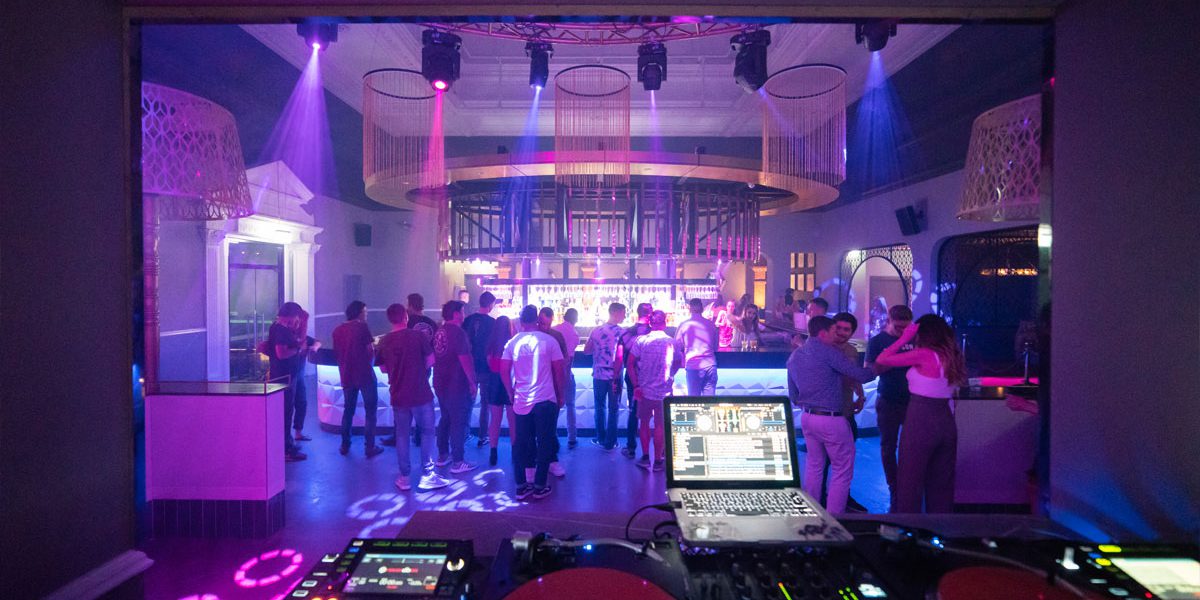 Townsville’s The Bank Nightclub, which was originally the Australian Joint Stock Bank when it opened in 1888, has reopened after a massive renovation. Sydney-based operator Shiv Suri has restored the venue in Flinders St East to its former glory as a popular dance venue.

NQAV were responsible for supplying and installing the lighting and audio for this funky venue and Senior Sales and Technology Designer, Darryl Byrne, turned to Show Technology to assist with the lighting.

“Adam White showed us the ShowPRO range of EK Lights and we were very impressed with the value they offered,” said Darryl. “We chose eight movers over the dance floor including four EK E3 Spots, two EK E3 Wash lights and two EK K4 Beams. The EK E3 Spot has great colours and the dimming on the EK E3 Wash is very smooth. They’re very bright and the K4 Beam is extremely tight. They have been great and our client loves them.”

The lighting rig is directly above the dance floor and so their ShowPRO LED Vertical Fog Machines were rigged as well to keep them out of the way of their patrons. The LED Vertical Fog Machine adds to the light show blasting a vertical stream of safe, water-based fog, that is simultaneously illuminated with 32 high-power 3W LEDs.

“We also added a couple of the Martin RUSH Strobes which are fantastic,” commented Darryl. “They are a really good fixture and are incredibly bright!”

A total of 75 metres of ShowPRO RGB LED Tape is fixed under the bar and booth seating, which creates a vivid and saturated glow. Darryl remarked that it was very robust and bright and also very easy to use – including the drivers.

24 of the ShowPRO Arc120 SOMA 3/1 TRI Downlights were installed throughout the venue and were programmed in conjunction with LED Tape so that they produced complimentary lighting effects.

“Together the LED Tape and Downlights add a colourful and cohesive background to the venue which really add to the atmosphere” said Darryl.