You are here:
Case StudiesEntertainmentInternational 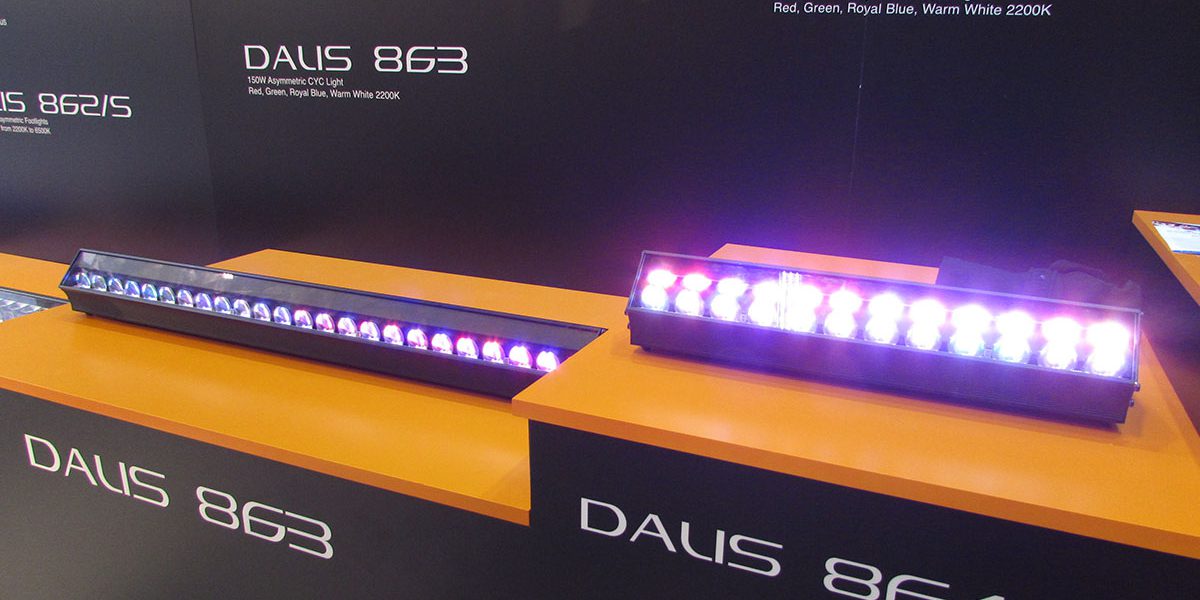 Robert Juliat emerges from an extremely successful PLASA 2019 with its exclusive UK distributor, Ambersphere Solutions, where it continued to celebrate its Centenary Year with new products.

Maestro
Robert Juliat’s new Maestro server for SpotMe, developed in collaboration with tracking specialists, zactrack, extends the capabilities of RJ’s award-winning SpotMe, the bespoke 3D position-tracking system for followspots, by enabling it to operate with any DMX lighting control console.

Until now, SpotMe has functioned with the PosiStageNet open protocol which is run by only a limited number of consoles. SpotMe sends the X/Y/Z coordinates of any object or person discovered by a followspot to manage other moving head fixtures and static displays in a rig. Now, with the Maestro extension, a designer can take control from any DMX console. The lighting console, even the simplest DMX model, retains the pan and tilt control and gets, in return, additional DMX channels to modulate the tracking parameters calculated and managed by the Maestro server.

A major new advantage of Maestro is its unique ‘Prediction’ feature – the ability to anticipate the direction of a performer’s movement on stage and adjust every ‘slave’ fixture to react quickly to the direction of travel. Maestro will be available at the end of the year.

Dalis Family extended with Dalis Access 863 and Dalis 864 4-colour version footlight
Dalis Access 863 is a 150W LED 4-colour cyclorama light with all the functionality and quality of the original at a low price point to make Dalis technology accessible to those on a smaller budget. Featuring a four-colour mixing system (red, green, royal blue and warm white 2200K) Dalis Access 863 delivers powerful, smooth coverage and a variety of pastel and saturated colours. Its body shape and location of controls and connectors underneath the unit makes Dalis Access 863 equally perfect for cyclorama or footlight applications.

Dalis 864 Footlight, a 150W 4-colour version of the original Dalis 862 tuneable white footlight, is available in standard 1m, or shorter 50cm (75W) length. Dalis 864 Footlight incorporates its patented micro-reflectors in a double row, each of which can be independently controlled for a choice of long or short throw capabilities for the creation of perfect, colourful upstage or downstage lighting. Discreet ‘mark’ LEDs, each of which are independently controlled, can be used as position markers or cues lights for performers, or as safety indicators to mark the edge of the stage.

KOI Awards 2019
Robert Juliat was very proud to sponsor the Award for Opera at the Knight of Illumination Awards at London’s Eventim Apollo Hammersmith. This was won by Mark Jonathan for his ‘virtuoso’ lighting of Vanessa at Glyndebourne which ‘created a truly enchanting world’ according to KOI judge, Neil Fisher.

And Robert Juliat, of all companies, was delighted to see the Enrico Caironi Lifetime Recognition Award presented to the legendary followspot operator, Linford Hudson. The Award is presented to ‘an individual who has dedicated time and effort for the benefit of those around them, as well as the wider industry’ and few can fit that description more than Linford. He worked as a followspot operator at the London Palladium for more than 50 years, during which time he trained many followspot operators, as well as on the London 2012 Olympics, and was one of few technicians ever awarded an Olivier for Outstanding Contribution to British Theatre. Robert Juliat would like to congratulate him on making an artform out of the profession and fixtures that are so close to the company’s heart.