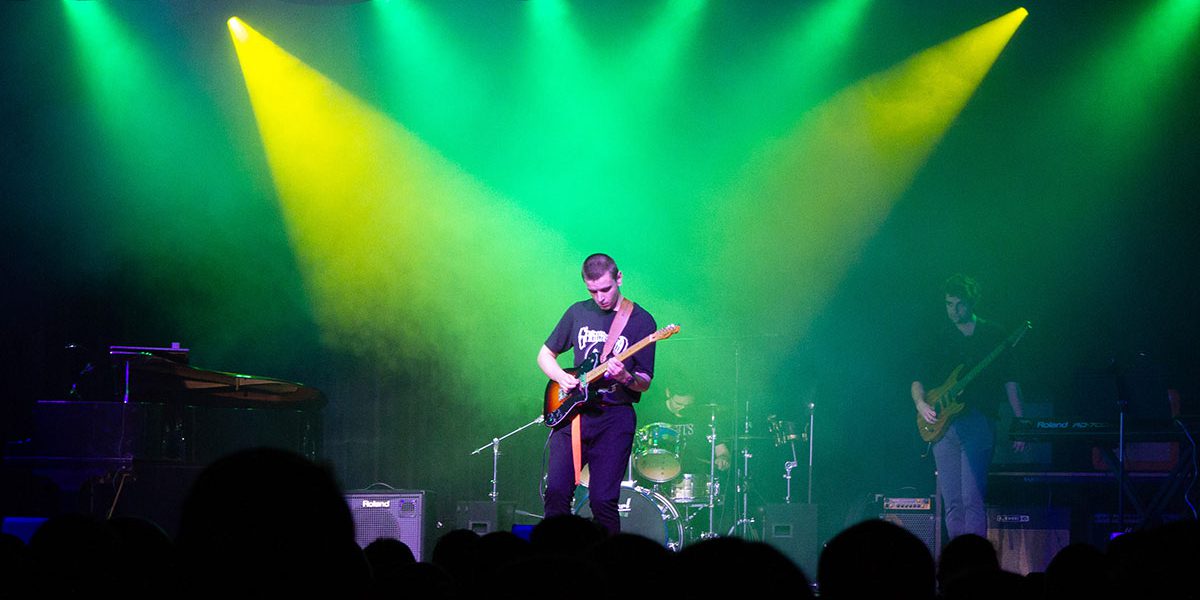 The School opened in the 1980s and features a large multi-purpose hall which hosts a multitude of events including musical and theatrical productions, exhibitions, assemblies and sports games. Until recently this hall had been serviced by an aging analogue lighting rig that limited the creative scope for the School’s dedicated lighting team, comprising both students and teachers.

To bring the hall up to a state-of-the-art standard that would serve the students well into the future, a refurbishment of lighting and audio was embarked upon.

“We decided to switch everything to digital and LED,” commented Rhys Williams, teacher and lighting director for the school. “Gareth Mealing from Show Technology recommended some top quality lights for us and gave us some great ideas as to what combination of lights would suit us the best.”

The chosen fixtures were purchased through Steve Williams from Crosstalk Technical Services who has been working with the school for quite some time. Steve Williams and Gareth spoke multiple times during the selection process to ensure all the fixtures and consoles being recommended were the best products for the school to achieve all of their requirements.

Suddenly a whole new world of creativity has opened up for the students with gobos, effect and of course, millions of colours – no more changing gel for them!

For large events in the past, followspots would be hired in, mounted on tripods and operated by the kids. However, Rhys commented that some people thought that was a little bit too vaudeville in its appearance.

“Also, having to construct scaffolding towers for the kids to be in a decent position was a nuisance,” he added. “Steve Williams had been hinting for quite some time that moving heads would enable us to ditch the followspots so we eventually took him up on his advice! We also decided to get some Profiles and LED Par cans for general stage wash.”

Six Claypaky Axcor 300 Spots were the chosen moving head fixture with Rhys remarking that they have been nice and reliable.

“They’re a good medium size, are quiet, precise movers with a helpful selection of beam options (width, focus, colour, gobo etc) and plenty of power for our school Hall,” he said. “It’s fun having a selection of gobos to play around with, plus they have a nice tight bright beam and we can adjust the angle of the beam.”

Six Martin ELP LED Ellipsoid CL Fixtures allow the stage to be covered with a strong wash when needed or to cut in nicely around the edges and have sharp lines around the edge of the proscenium.

“If we want to hit a certain spot, such as a lectern during assembly, they’re great,” remarked Rhys. “They’re very bright … definitely brighter than the old 1kw fixtures had before! We use them as white nearly all of the time but having the colour capability is great. We’re very happy with them.”

A total of twenty ShowPRO Fusion Hex Par 12 are spread between two lighting bars infront of house and two above the stage, with Rhys saying that they are easy to program and have been very reliable.

Steve Williams from Crosstalk Technical Services owns an MA Lighting Dot 2 console and whenever he assisted with productions, the students were given the opportunity to use it, which ultimately helped make it an easier decision for the school to invest in a Dot 2XLF for the students and schools future.

“Having the new lighting system is great as we can now give students the opportunity to learn what the console can really do,” added Rhys. “When we used to hire the extra gear for a big production there would be virtually no time to learn how to really use the Dot2. Coming from an old analogue console it really is a big step up!”

Rhys concluded that the backup from Show Technology has been excellent, whenever he needed to call or text with an enquiry, whether big or small, he got a response straight away.

“It is important to emphasise that we have made this investment to be able to show off the wonderful performances of our students in the best light possible (pun intended) as well as giving our technically minded students the opportunity to operate the system and use their own creativity in the lighting design of our shows,” concluded Rhys.