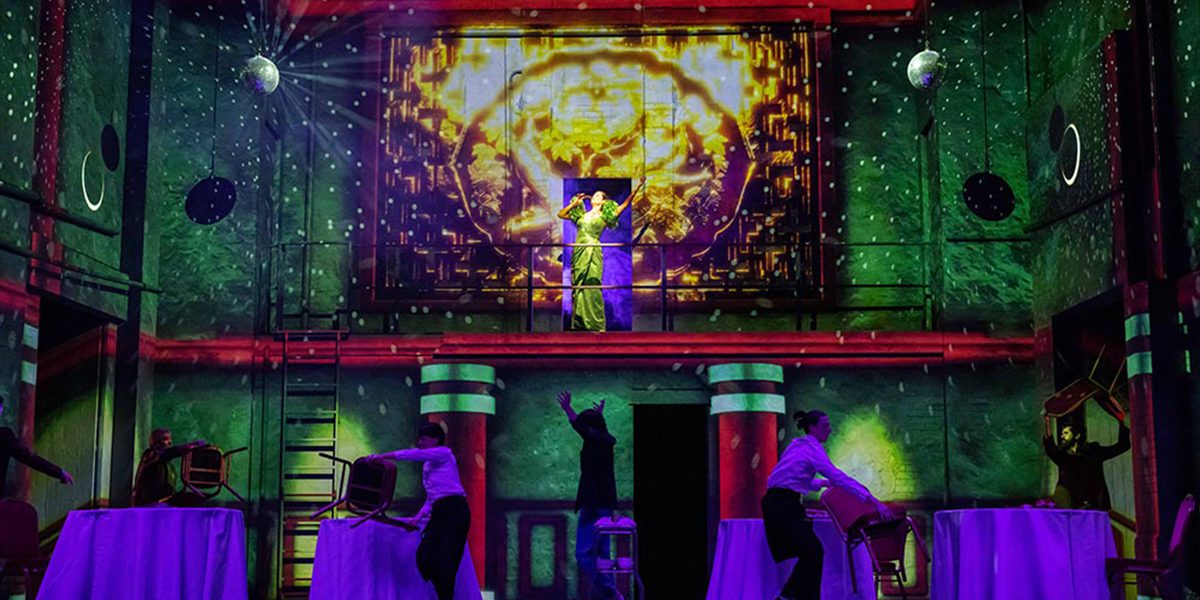 The theatrical adaptation of Trent Dalton’s Boy Swallows Universe recently premiered at QPAC’s Playhouse Theatre where lighting designer Ben Hughes was fortunate to be one of the first lighting designers to utilise their new lighting equipment. Instead of having to wrangle several hundred classic ETC S4 and Selecon Pacific profiles, Ben had 76 Prolight ECLIPSE CT+ LED 15/30° in most of the front-of-house positions and 46 Prolight ECLIPSE CT+ LED 26° fixed beam fixtures for the on-stage booms and ladders.

Added to that were Martin MAC Encores, eighteen spots and sixteen washes, with Ben saying that having a predominately moving light overhead was particularly useful, given that access for focus would have been exceptionally time-consuming with the large number of set pieces in the production.

“I’ve regularly used the Martin MAC Encore fixtures in my shows as they are so quiet which enables you to use them in smaller theatre spaces,” added Ben. “I like the quality of light they produce, for an LED source they feel fairly natural. For the theatre, they are simply a great workhorse. They do the job, they do it well and they are reliable.”

Ben had four MAC Encore Performance on an advance truss, one on each side in the third box boom, and the rest overhead. All of the MAC Encore Wash were overhead.

With the MAC Encore Wash, Ben swapped the standard Fresnel lens for the optional PC lenses, after a test in advance to ensure the lenses would deliver exactly what he required.

“I was impressed with the PC lenses fitted to the Encore Wash as opposed to the standard Fresnel lens,” he explained. “Even though it is a wash fixture and you’re never going to get a sharp edge out of them, the ability to have a level of control over the softness of the beam is appealing and was particularly useful.”

Although Ben had seen the Prolight fixtures in a demo, he had never actually used them before and he was pleasantly surprised by their performance.

“They performed better than I thought they would!” he said. “I saw them just before the pandemic and wasn’t that impressed with their colour mixing capabilities. It seems that was due to the lack of control capabilities in the fixture firmware though, and now that Prolights have greatly improved the firmware you have much finer control of the colour output. Seeing all that development go into a fixture is great to see and I was impressed with the outcome. When you add their cost, I think we’ll be seeing lots more of them in Australian theatres.”