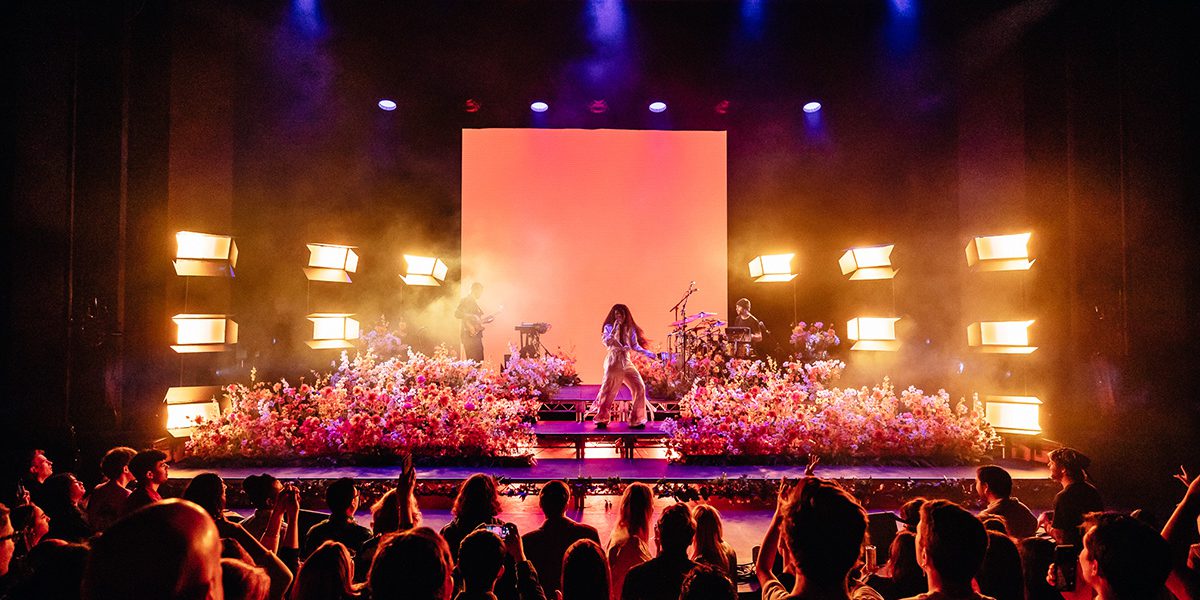 Hot off her opening slot for superstar Billie Eilish’s world tour, Tkay Maidza the Zimbabwe-born, Australian-raised singer and rapper made her make her long-awaited debut at the Sydney Opera House as part of Vivid Live.

The gig was held in the Joan Sutherland Theatre where Penn & Teller had been playing and lighting designer Tom Wright had their rig to utilise. The base rig from Chameleon Touring Systems and designed by Paul Collison was 26 x Martin MAC Viper Profiles, 26 x MAC Quantum Wash and 18 x MAC Encore Warm.

“The guys at the Opera House kindly agreed to drop six lights to use as side lights which made a massive difference but it was all about the floor light,” commented Tom.

To add a point of difference, Tom added a floor package of fourteen Prolights EclPanel TWCs from Resolution X. There were six aside on weighted scaff uprights to eliminate extra rigging giving the appearance of floating in the air. Even when turned off, they became a part of the architecture of the set. Two more Prolights EclPanel TWCs were located under the stage.

“We knew the artist was going to do a big, flowery set but also know her music is very London-club, trap-rap type music so we wanted a big difference in looks between having nice big swathes of colour to sharp, pixel squares that are brash and harsh,” said Tom. “It was a nice idea to have this large rectangular light that we could do pixel effects over and it came out well.”

Tom also added a 5m x 5m video screen upstage that he treated as one massive lighting fixture delivering big blocks of colour, fades, strobes and intensity but no content.

Although Tom has been using MA3 software for a while it was the first timecoded show he’d done and he timecoded the entire performance.

“I have to say, it was absolutely delightful!” he remarked. “I had gone into the show expecting the worse and ended up actually preferring the way that MA3 does timecode as opposed to MA2.”
Photos: Jordan Munns