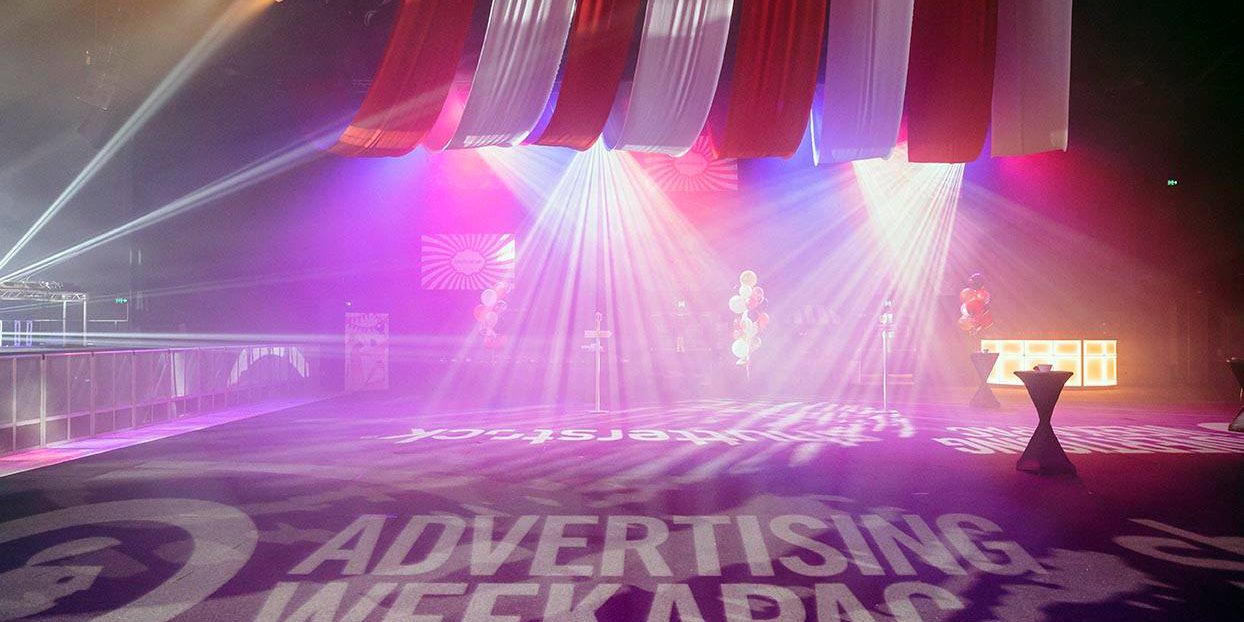 The inaugural Advertising Week Asia Pacific (AWAPAC) was held in Sydney between 30th July and 2nd August at Luna Park, as well as across a variety of other venues such as Sydney Opera House, MCA and The Tea Room QVB.

Audio Visual Events(AVE) supplied the entire vision, lighting, audio, staging and custom build elements across a variety of events and spaces which was crucial to delivering a seamless production. Over 4,000 people attended over 100 events with many joining the invitation-only Wrap Party held at Luna Park’s Big Top that featured Peking Duk as the headline act.

The event was a massive production for AVE to take on but with their expertise and stock of quality products from Show Technology, they were able to provide premium solutions.

Whilst the conference and networking sessions called for more traditional stage and architectural lighting, the invitation only ‘Wrap Party’ provided an opportunity to showcase AVE’s wide range of lighting solutions. Kim Louey Gung (Technical Creative Producer) and Tom Cox (Senior LX Tech) transformed the Big Top throughout the event which culminated in an anthem fueled set by Peking Duk.

Luna Park was the main venue for the conference, often with five different events happening at the same time. Meetings were even scheduled for the Ferris Wheel!

“The Crystal Room was the central hub of the event and it was always packed out, often overflowing into other rooms where we would provide live feeds,” commented Paul Keating, AVE’s General Manager. “In the roof we had a stack of Martin Professional MAC Quantum Profiles for gobo break ups around the room which were run off an MA Lighting International MA onPC command wing.”

“I added 12 MAC Quantum Profiles for gobo breakups and on the ground I had 12 Claypaky Sharpys for beam work and tilt waves,” said Tom. “Backing them up were Claypaky Stormy CCs which are great for blinder effects as well as the strobing.”

AVE ran the show in the Big Top with a MA Lighting MA2 full size console, with an MA2 light running tracking backup. Added to that were various data splitters and a couple of eight-port MA DMX nodes running the main system.

“We held a debrief with the client after the event and they were absolutely delighted with the outcome!” remarked Paul.

In fact, the event was so successful it was trending on Twitter throughout that week. Bring on AWAPAC 2019!