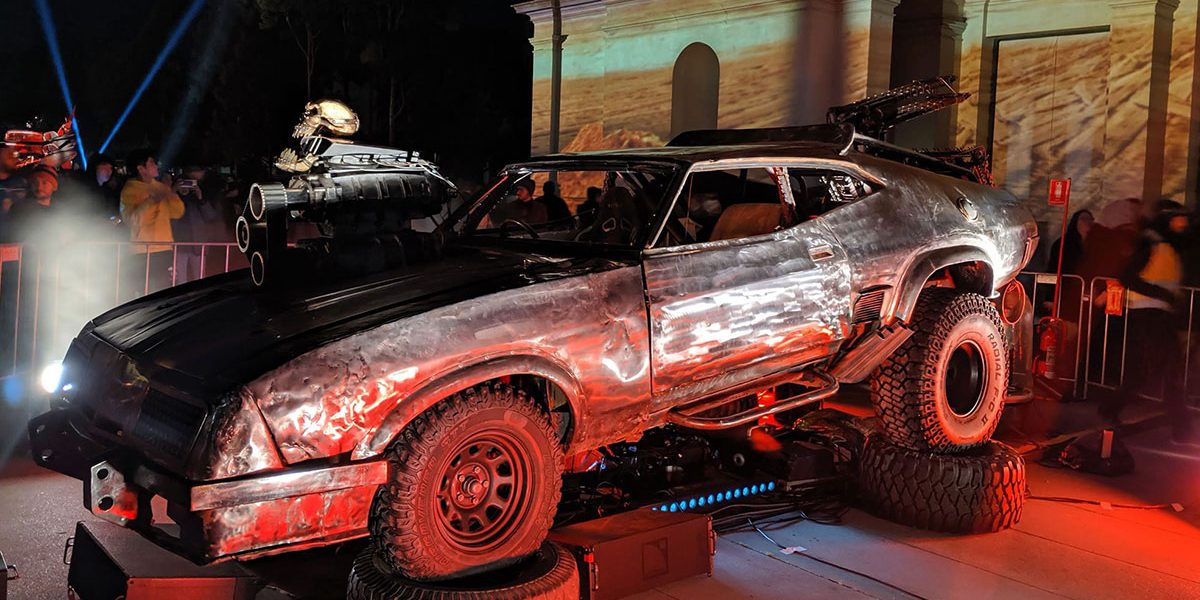 This year, Melbourne’s Whitenight Reimagined broke records both for attendance and involvement from ResX.

Arranged into three themed park precincts around the CBD, for the first time Whitenight celebrated visual arts over three consecutive nights from the 22nd to 24th of August.

Carlton Gardens featured immersive installations as the Spiritual Realm, Treasury Gardens was the Sensory Realm and Birrarung Marr was the Physical Realm. In addition to this, some iconic institutions across the city featured installations and performance pieces.

ResX were proud to be part of the World premiere performance of Mad Max Live, inspired by George Miller’s film franchise featuring the actual vehicles and performances motivated by the latest instalment Fury Road. Located in the forecourt linking Melbourne Museum and the Royal Exhibition Building the live 15 minute performance combined a bespoke soundtrack, special effects and live performances with video projection onto the iconic façade of the Royal Exhibition Building, lighting was synched via timecode to the video content. The seven screen-used vehicles and live performers were lit by ResX using a combination of weatherproof Par64 MFL around the outside, ShowPRO LED FusionBars underneath, ShowPRO Colliders providing strobe and wash effects, Prolights Air5Fans in ProShop Air Domes for outside beam effects, and Molefay Duets.

Lighting design by Resolution X with programming and operation by Chad Spencer on an MA Lighting grandMA2 light console.