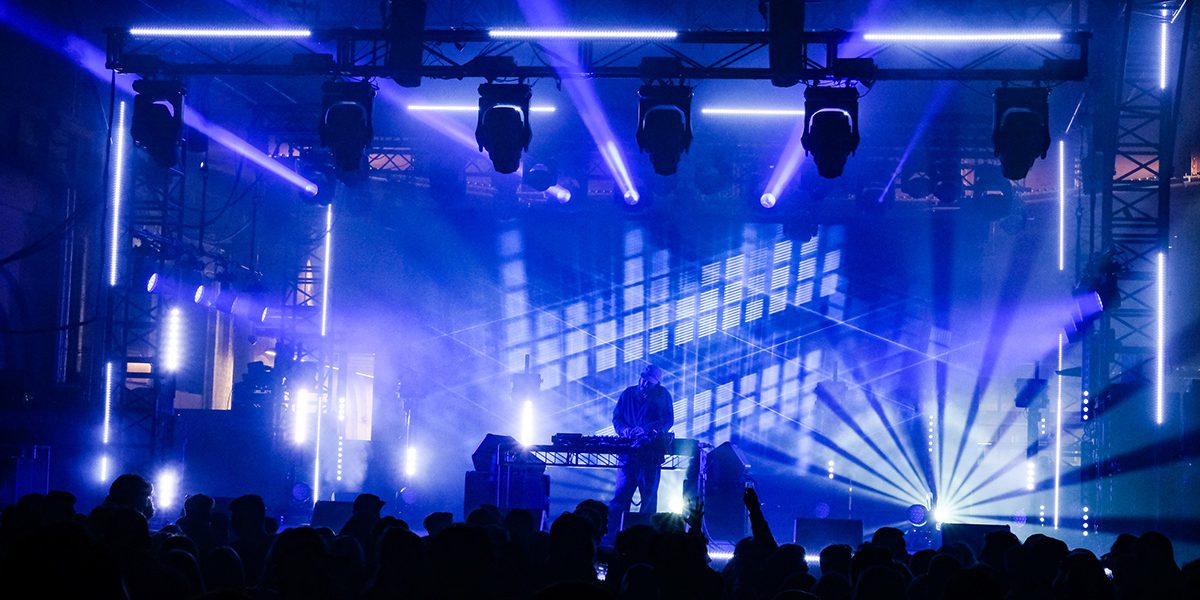 During June, Sydney Solstice brought the city’s streets back to life with a two-week celebration of Sydney’s vibrant food, beverage, art, creative industries and Sydney’s night-time economy in the lead up to the longest night of the year.

The heritage Locomotive Street in South Eveleigh was transformed into a festival of free and ticketed events for all ages, fusing performance, food and drink, art installations and music. The 139-year-old space became a live music venue for all to enjoy before it is set to be converted into a permanent new retail precinct.

Lighting designer Peter Rubie designed a rig that contained a mixture of hybrids, strobes and moving LED washes. Amongst the gear were quite a few products from Show Technology!

For backlight upstage there were five Claypaky Axcor Profile 400 with eleven Claypaky Mythos 2 upstage and midstage. The downstage truss held six Claypaky Sharpy, four Nitec LED Duet and a single Mythos 2 in the middle. Out front was a truss of six Martin MAC Encore Performance WRM fixtures along with six Nitec LED Duet. At front of house, behind the operators were five MAC Encore Performance CLD hung from a 4m truss arch.

Peter ran the show on an MA Lighting MA2 full-size console with an MA onPC wing for backup.

Alfred were the event producers and Intense Lighting supplied the rig.