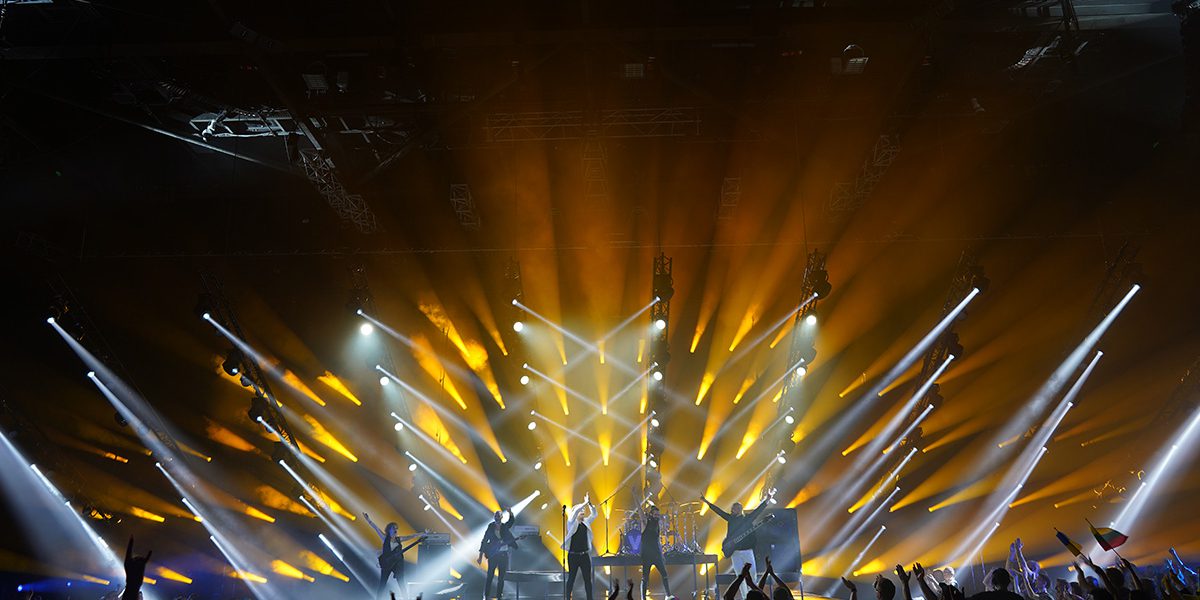 Once again Eurovision – Australia Decides returned to the Gold Coast Convention Centre with eleven acts vying for their shot to represent Australia on the world’s biggest stage – Eurovision Song Contest 2022 in Turin, Italy.

eleven DESIGN provided a range of design services to the show including production design, video content and lighting design. This year they decided to use Pixera, AV Stumpfl’s multi-award winning 64-bit media server system for professional real-time media processing, compositing and management, built around the key theme of usability.

“We also did a fair amount of work in the creative direction of each of the performances in conjunction with show producers Blink TV and video obviously plays an important part of that,” added Paul Collison of eleven DESIGN. “I’ve been keeping my eye on Pixera throughout its development and I’ve been impressed by the way they’ve made the software sleek, clean and simple to use.”

PC further remarks that Pixera’s engine is incredibly efficient so you can play back multiple large files and it plays back beautifully. The powerful render engine can handle video files up to and beyond uncompressed 8K and is ideally suited for playing back HDR or 12-bit content.

“It’s the smoothest playback I have seen out of a media server ever,” PC remarked. “So we decided to take it for a spin on Eurovision- Australia Decides which is not the most taxing show, in terms of asking the media server to do a lot, but it happily chased time code and delivered all the pixels to where they needed to be throughout the evening.”

PC was using the Pixera software with custom made hardware from Show Technology, hardware that he says has landed him with the highest performing media server that he has ever owned. It’s also not the most expensive he has ever purchased with PC noting that there are so many media servers on the market today that are cost-prohibitive.

“We have four other types of media servers in our fleet and Pixera is the most outstanding for its value for money and performance,” PC commented. “The user interface is so sleek and streamlined, it’s not a difficult piece of software to learn or navigate. It has so many fundamental aspects that they simply got right and it’s nice to be able to positively tick so many boxes like user interface, performance, feature set and reliability.”

The system’s GUI (graphical user interface) was designed so that users can execute the most important basic actions in record time and with only a minimum of effort. Users can intuitively understand the underlying software mechanisms. Actions in 2D and 3D space follow the same basic principles.

On the show, PC says they had a mixture of timeline control, chasing timecode and manual control from the MA Lighting grandMA3 system adding that Pixera works beautifully in the hybrid world he tends to inhabit.

“Often we want to playback video via timecode but we also want to trigger things live from a lighting console and Pixera is great for that,” he added. “Tim Jones, our Pixera operator also had a Midi controller in the mix, the Pixera was being triggered from all angles.”