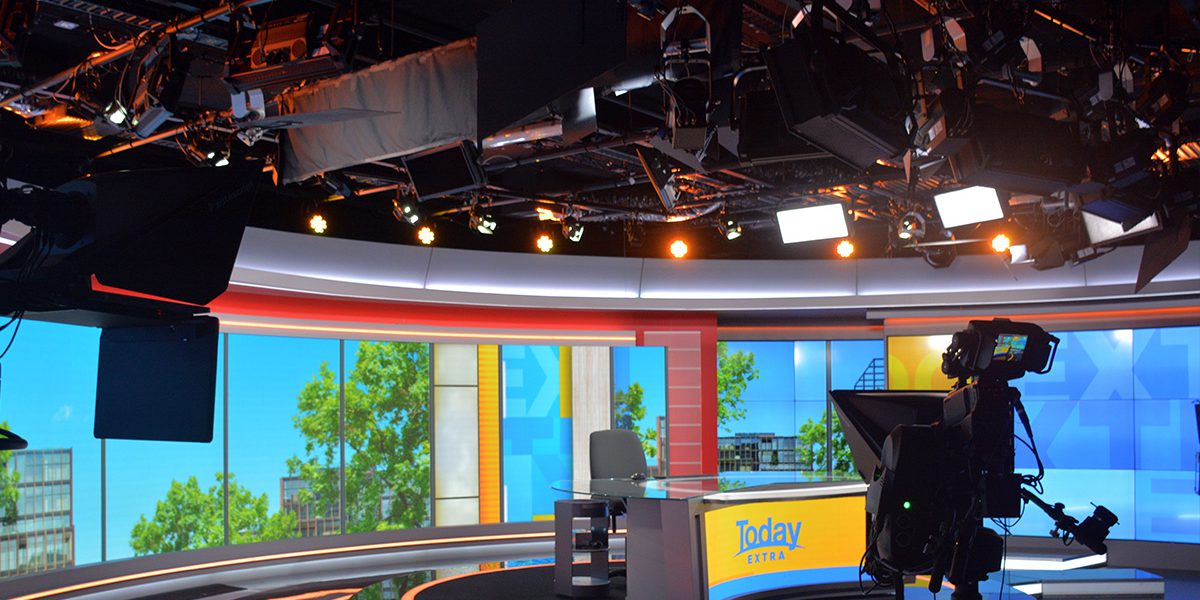 During the height of the Covid-19 pandemic last year, Channel 9 staff in Sydney were kept busy moving from their historic Willoughby site where they had been for 60 years to the network’s new home in North Sydney.

The purpose-built studios place Channel 9 at the forefront of the industry, not just in Australia, but across the world. The investment in new technologies for the studios includes a full package of studio lighting from Show Technology.

Channel 9’s Head of Lighting Andrew Veitch started on the new studio fit-outs last April saying it was hard work as the rest of his crew were still working at the Willoughby base.

“Fortunately I then had Paul Collison and Tom Johns join me for three weeks and we conquered heaps – with help from Show Technology’s Vince Haddad too!” commented Andrew.

There’s not a lot of power in North Sydney to run large studios so an all-LED rig was essential and with that proviso in hand, Andrew surveyed many companies and huge amounts of gear. Ultimately, it came down to price and what was offered for that price and whilst there were a couple of other companies that came close in price, they could not offer an entire suite of studio lights the way that Prolights can.

“Its way easier to run one brand rather than multiple brands,” added Andrew. “Plus, Show Technology could deliver on time and they always offer excellent backup.”

When discussing the EclPanel TWC, Andrew said he is impressed by their output, the built-in macros and the colour temperature. He also liked that Show Technology had the barn doors, 8 way chamber egg crates and 60degree honeycomb for them in stock with the intensifiers landing soon.

“It was a no brainer choosing Prolights,” he said. “We’re only running these lights between 40% and 50% so they’ll last a long time. We’ve just purchased some of the smaller EclPanel Jr to update the A Current Affair studio.”

Andrew added that all of the Prolights’ Fresnels are great and perfect for their application.

“We’ve had no dramas with them at all,” he remarked. “We put them all up, chucked in a DMX number, made sure they were in the correct mode and away we went. Simple.”

Forty ShowPRO LED Profile VW were also purchased but Andrew hasn’t had a chance to use them yet but he will be using them as key lighting soon.

Andrew turned to MA Lighting for his control needs opting for a grandMA3 light and a grandMA3 compact XT, plus a couple of MA3 Replay Units.

“The two MA3 consoles in the control studio talk to the two RPU units in the racks downstairs in the broadcast studio,” said Andrew. “When we’ve finished in the control room and there are just a couple of people running the broadcast studios, we don’t have to be there as we can turn our consoles off and they trigger macros to the RPU units downstairs. The lights downstairs change to whatever they need to be – that’s how the lighting is done for the 6pm news broadcast.”

Andrew and his team decided to use the MA3 software and the MA3 hardware was new to them too but fortunately, Vince and Paul Collison were on hand to guide them.

“We’re not pushing the software hard as we’re running it in a fairly basic mode,” he said. “The mode that we’re running the Eclipse Panels in – theatre mode for the colour temperature – doesn’t have macros so we asked them to put them in and they did. MA Lighting and Show Technology have been amazing with their support in getting us up and running.”

Luckily the consoles were delivered in March and as the first broadcast was not until November the lighting team had plenty of time to acquaint themselves with MA3.